FREE SHIPPING IN AT ALREADY FROM € 0

Your cart is currently empty.

For all orders until December 23.12.2020rd, 24 at midnight, we guarantee timely delivery for the Klagenfurt & Villach area.

We wish you a peaceful holiday :)

"The bean with the crown" and how it came about

We - Hanno Douschan and Alex Gehbauer - stand for the ultimate in coffee enjoyment. And that without compromise. Similar to our competitive sports careers, we also strive for an absolute world-class level when it comes to coffee. Why do things by halves;) That's why every detail is optimized and never lost sight of the goal: the perfect cup of coffee.

As athletes, we not only appreciate the taste, but also the invigorating effect of a good espresso. However, the coffee beans from the big brands could not satisfy us.

"The bean with the crown is our interpretation of perfect coffee enjoyment." 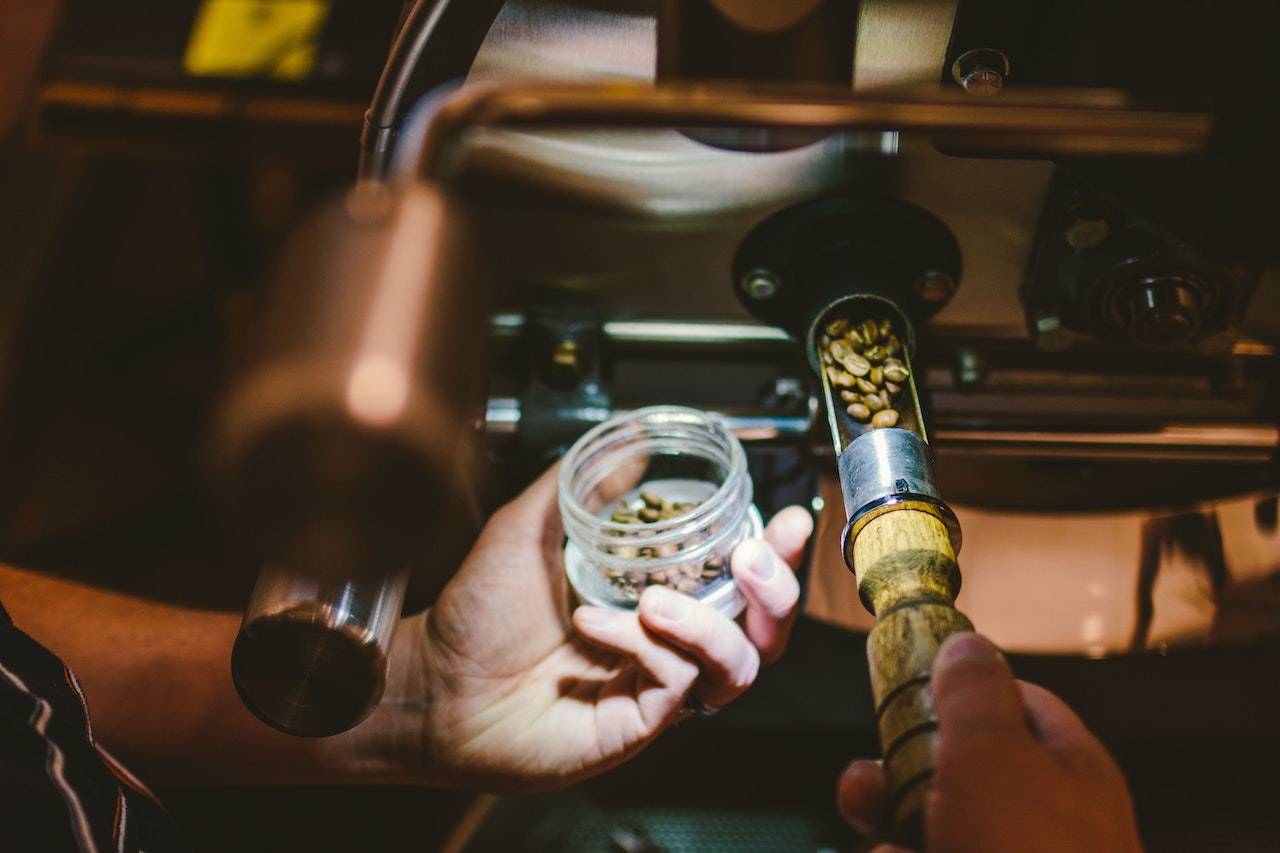 All KING`S COFFEE varieties only contain beans of certified quality and are refined by professionals in the country of origin of the roasted coffee, Italy, through slow and gentle roasting according to our ideas in traditional manual work. Our coffee creations convince with a matt bean image that is only created through the slow and controlled roasting process.

Our pursuit of the perfect bean does not end with the roasting, but encompasses the entire manufacturing process from cultivation to the cup. 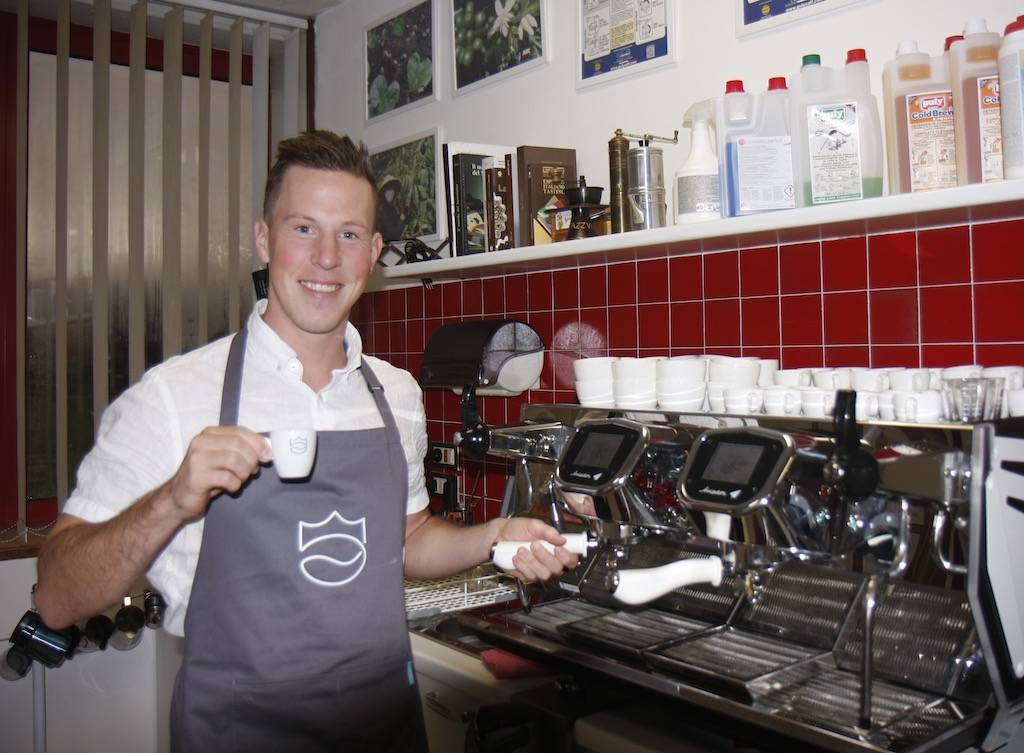 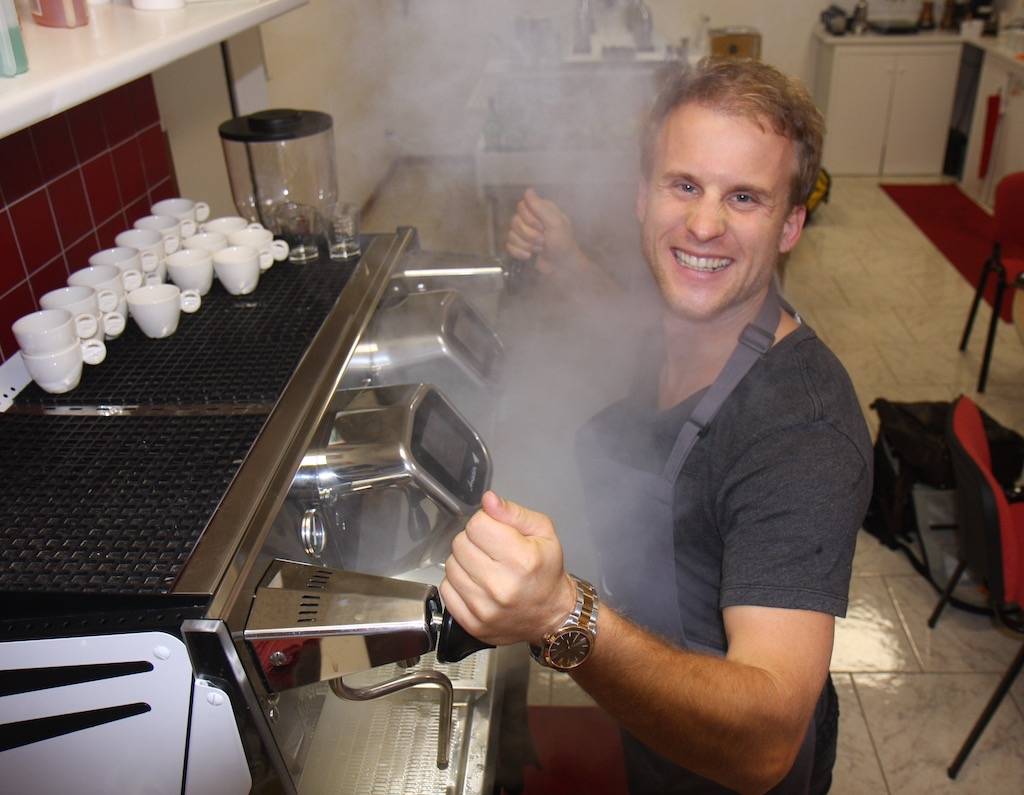 The Carinthian Hanno Douschan made a name for himself primarily as a snowboarder. Maria Saaler, born in 1989, was able to achieve numerous World Cup podiums in snowboard cross and two participations in the Olympic Games, as a career highlight, the vice world championship in snowboard cross in Park City (2019). His career was marked by many ups and downs. Plagued by numerous injuries, the young athlete fought his way to the top of the world.

It all started at the age of six when Hanno got his first snowboard from his parents for Christmas. From this point on, the sports equipment accompanied him through his life and shaped his development. Everything in Hanno's life was geared towards top-class sport. At a young age he established himself regionally then nationally. He won his first major international title in Nagano in 2009 when he won the bronze medal at the Junior World Championship. This should also be his stepping stone into the World Cup. From 2009 until the end of his career he was part of the Snowboard Cross World Cup and the Austrian World Cup team of the Austrian Ski Association. During this time he was able to win a national championship title, several World Cup podiums and the entire European Cup. The personal career highlights included participation in the X-Games in Aspen (10th place), as well as participation in his first Olympic Winter Games in Sochi (10th place). This was only outshone by the vice world title in February 2019 in Salt Lake City. True to the saying: "When it's at its best, you have to stop!", Hanno decided after his greatest success to retire from his active career.

In addition to his career, the athlete received his Matura at the SSLK Spital an der Drau in 2009, then worked at the Army Sports Center and enrolled at the University of Klagenfurt at the same time as his top sports career. He completed his bachelor's degree in applied business administration in 2016 and then began a master's degree at Danube University in Krems, which he completed in 2020.

Alex Gehbauer was born in 1990 and was a professional mountain bike professional in the sports circuit for over 10 years. His greatest successes were two Olympic competitions with a 9th place in London 2012, four World Cup victories and countless national championship titles.

At the age of 12 he was already emulating the successes of his big brother Robert on a mountain bike. In the junior age, international success was achieved and a professional career was foreseeable. A career of highs followed, but also some injuries and setbacks. For over eight years he worked as a competitive athlete for the Army Sports Center and lived for sport. In his career he rode for the big brands Merida, KTM, Bianchi and Storck and made a name for himself in the international mountain bike circus. Nevertheless, due to injuries, he ended his career at the age of 27 and devoted himself to his training and new professional goals.

Alex graduated from St. Martin Gymnasium in Villach and started dual training at an early age. In addition to competitive sports, he studied business administration at the University of Klagenfurt. He then completed a master’s course at the Danube University in Krems.

Sign up for our newsletter and receive exclusive coupons, news and special offers.